Of Peat and Plastic 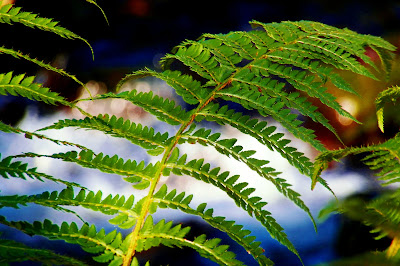 It's spring break here in Ireland and students have ventured off to explore Europe, leaving myself and two other students to watch over the Louisburgh cottages for a week.  Having my own place has been wonderfully relaxing and peaceful, although I will admit that I am looking forward to the girls getting back.  I’ve enjoyed my time sitting in front of the peat fire, crocheting and sipping massive cups of coffee while watching movies and listening to annoying music that I make an attempt not to frustrate my dear cottage-mates with.  All in all, it has been a peaceful break.
Of course, with St. Patrick’s Day quickly approaching, Ireland is beginning to pick up the spring time pace.  Lambs need moved to greener fields, peat is being harvested and the pubs are preparing for the wave of tourists that make it a point to see Ireland during the most famous of Irish holidays.  So while the cottage is getting a little lonely, I know that I need to enjoy my peace and quiet while I can—it’s about to disappear. 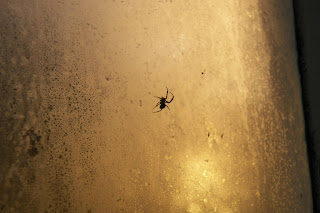 I woke up yesterday morning to find this little guy sulking in my kitchen window…I know that I am deprived of company when I start saying good morning to visiting arachnids.  Figuring that he would take care of any insect visitors, I left him to his web building.  Since he was gone this morning, I can only wonder what part of my house he is making a new home in.  Perhaps I should have evicted him when I had the chance.


Spiders aside, there have been quite a few things I have learned about life in general over this break.  The first is that no matter what anyone tells you, corned beef is not an Irish tradition.  We visited several butchers over the past week and have been offered everything from strange, ham-bacon substances to straight cabbage and salt until finally a man said, “we don’t have corned beef.  That’s an American tradition and you aren’t going to find it anywhere in Ireland.”  End of story, I guess.  Maybe I’ll have to try to find a new St. Patty’s day tradition.  Or, better yet, I’ll sample the bacon-ham and look forward to an American Irish feast for next year.


The second thing that I have learned (or rather, perfected) is the art of building a peat fire.  It’s really not as easy as it sounds.  First, you lay down a good bed of coals, arranging a few pieces of a fire starter through the cracks.  Then I used three small pieces of wood kindling, placing them strategically over the starters so that they will catch, but won’t block all of the flame or air.  Then comes the turf.  Since this is several centuries worth of Irish mud that has been cut and dried under an Irish sun (yes, there is such a thing), burning it takes a good deal care and more than a great deal of planning.  I try to make either a Lincoln log style fort or the more customary tent out of the longer strips.  Then I put a compact peat piece somewhere near the middle where it will catch most of the fire starter’s flame.  You know you’ve done well if you can drop a match through a pre-arranged crack and sit back while the fire starts up.  Last night I had a particularly beautiful fire going.


Which brings me to my third life lesson.  I was crocheting in front of this wonderful fire, sipping pint of Guinness and watching Mel Gibson learn what women want when I noticed that the plastic bag my yarn came in was adding to the clutter around my feet.  Thinking this a simple problem, I kicked the bag into the fire.  Of the funniest sounds in the world, I think that the whomp a bag makes when it goes up your chimney has to be one of the greatest.  Well, the bag stuck in the flue.  My cottage was quickly rolling with smoke and after a few minutes of staring at this disaster in a kind of baffled disbelief, I ran to the windows, threw them open and began to tear apart my fire.  In case you’ve never been to Ireland, peat smoke smells remarkably like burning hair or horse hooves.  It’s not exactly pleasant.  The coals, which are usually a blessing, now were adding to chaos…they don’t go out easily and even after I had removed my smoking peat, the fire still was rolling.  It took a good half an hour before the thing was reduced to a mess of glowing embers and ash, during which time I had made and disregarded several plans on how to fix this ridiculous situation.  I attempted to push a stick up the chimney, but because of the angle, nothing would go far enough in.  I tried vacuuming the flue, but this only resulted in a pile of soot falling onto the embers and creating yet another wave of foul smelling smoke.  I opened a vent and tried vacuuming that, but all I achieved was a face full of soot and the realization that the vent doesn’t connect with the chimney.  I looked outside, but in the dark and the rain I quickly decided that climbing onto the roof was a horrible idea.


I know when I’m licked.  I went to bed last night covered in soot, reeking of smoke and freezing while I waited for the gas heat to warm up my cottage.  This morning I had to swallow my pride and ask for help…one of the wonderful cottage managers came over with a long, pliable piece of plastic and managed to pull the bag down.  So I am pleased to say that I am writing this in front of a peat fire, sipping my coffee and chuckling over how quickly one little whomp can flush a perfectly peaceful evening down the toilet.  I think that I’ll spend the rest of my day making some Challah bread (which I will raise in front of the fire) later and maybe finish learning about Mel and what women want.  For right now, I’m perfectly happy listening to the birds sing, the fire crackle and the wind whistle.  There’s no place like Ireland in the springtime. 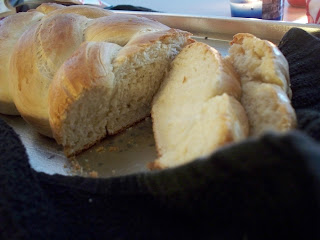 Email ThisBlogThis!Share to TwitterShare to FacebookShare to Pinterest
Labels: Eire2013