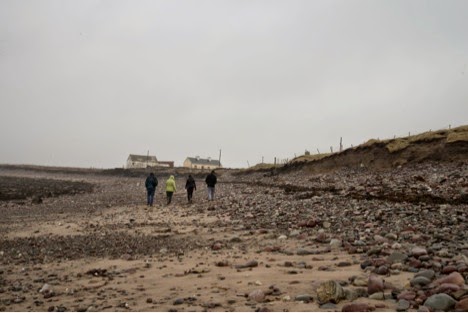 We set sail around 11 a.m. with Captain Tom steering us toward the day’s treasure. Okay, well treasure might be a little too exaggerated. For all I knew it was a wild goose chase—wild dead whale chase would be a little more accurate. But in any case, our captain had done some research to pinpoint where the whale was supposed to be. During the hour long voyage through the greenery of County Mayo, First Mate Cami supplied us with the day’s rations of snickerdoodle cookies, which the two other deckhands and I devoured immediately. We would need the sustenance for the impending hunt.

Once we got to the town of Ballycroy we docked for directions and further sustenance. The port was a small supermarket set up like a general store of old with the majority of merchandise on shelves behind the counter. Tending the store was a lovely maiden in a neon pink shirt. She knew precisely where we meant to go and gave us landmarks to steer by. We bought some candies and drinks before reboarding the SS Ford Focus.

It was a treacherous journey from there. We nearly capsized when trying to pass another ship in a narrow strait, but Captain Tom got us out of that sticky wicket. Then we realized that the maiden from the supermarket must not have taken into account the wind speed and direction, so we turned about and set a new course. A few kilometers into the new route we saw another port with a lass standing on the docks. She rattled off directions without even consulting her compass, and they were spot on. The worthy lass deserved a pint, but she wasn’t to be found at the port on our return journey.

Finally we docked at a rocky beach. There was so little sand I had a hard time calling it a beach, but perhaps it was a real beach before the storms of the last few months. Alas there is no way for me to tell. Captain Tom and First Mate Cami allowed us deckhands to wander at will rather than give us direct orders. Claire and Willie generally stayed ahead, keeping a watchful eye out for the treasure, but I tended to lag behind as I observed the rocks and plant matter of the strand. 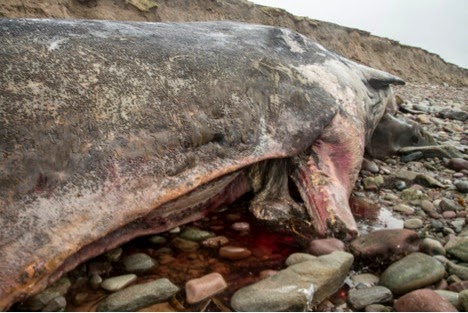 I was beginning to doubt our directions since we had walked nearly a half hour without any hint of a whale, dead or otherwise. But then the cry of “Whale!” from Willie stopped us all in our tracks. We strained our eyes to find what he saw and continued moving once we had satisfactorily spotted its location. I had steeled myself for the wretched stench, ready for the repugnance of 50-some tons of rotting whale carcass, but it didn’t come. The only place I smelled anything was directly in front of the whale’s head. Even standing downwind of the actual wounds produced no offending stench. 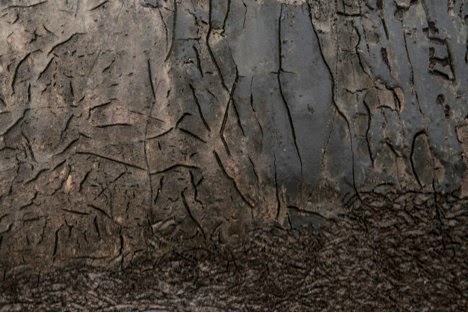 The whale’s skin was dry and cracked; it had been stranded on the beach nearly two weeks by the time we got there. All the ships seeking the thing had signed a no-poaching treaty. It was to be left alone, nothing taken, nothing added. Many ships came to see how they might bring down other whales, to learn their weak spots, but our purpose was merely curiosity. Our whole crew had never seen a whale before—dead or alive—so it was almost necessary to make the voyage. 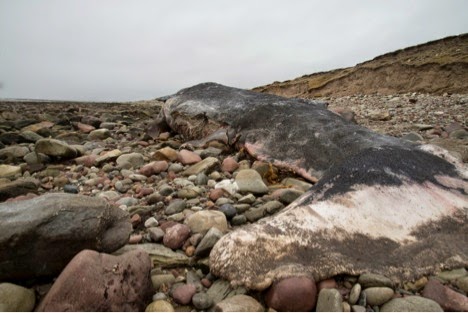 It rained during the trek back to the ship so our entire backsides were soaked. Despite this, it was a productive journey for all parties—unless you count the whale. His journey was undeniably unsuccessful. Tomorrow we start another new mission, but the Captain still hasn’t let on what it is.
Posted by Unknown at 8:30 PM