After our long train ride we finally arrived in Petrozavodsk to meet with our hosts who were waiting for us just outside the train stop. It was early in the morning and everyone went directly to their hosts' home for some breakfast and acquaintance with the families. 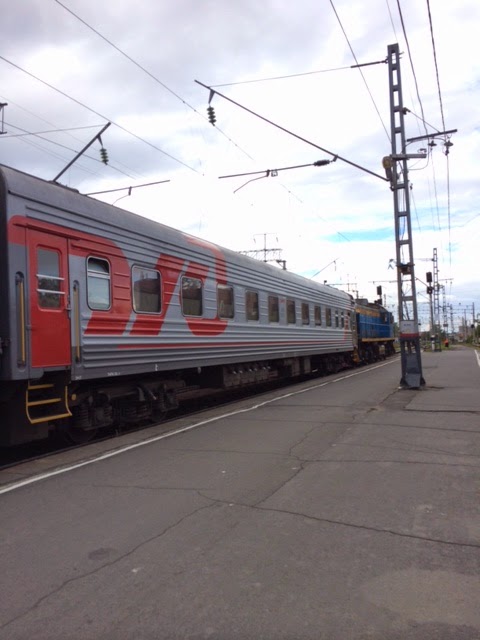 Meeting my host and her mother was fun, they gave me a warm welcoming and I quickly settled in to get ready and meet up with the group again for a walking tour of the city. We began by meeting at the university, and into our group were other Russian students who were also in the program but were not hosting American students. We were shown different museums and important buildings of the city which we would later go to excursions for. Many of us Americans began to think while walking on this tour that it was a small city reminding us of home, and that it wouldn’t be so hard for us to roam around ourselves, after learning a little more Russian vocabulary. What stood out to me the most was the Petrozavodsk embankment. It has such a beautiful view and is a nice place to sit around when the weather ofcourse like that day was nice out. There are many sculptures and monuments that are placed there that were gifts from other countries, which caught the attention of many of us. 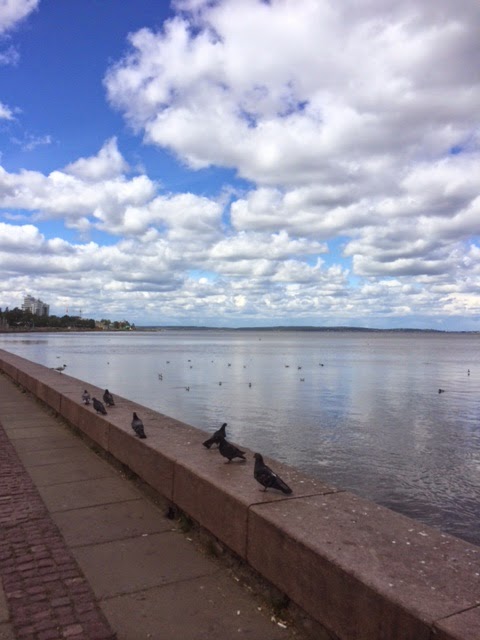 During our long tour we met many more Russian students who kept popping up, they were all so exited to see us and liked to ask us many questions about similarities and differences we were noticing from Russian culture to the American culture. Having only experienced the big city of St. Petersburg yet at this point we didn’t have much to reply, but I would tell them about out metro station experiences and our beginnings of the trolleybus experience here in Petrozavodsk which they only knew to well.
After our walking tour of the city all the Russian and us American students in the program met with officials and Professors of the Petrozavodsk State University at the 25th annual opening banquet of the Language Camp. We were all to present ourselves to the guests in Russian, which was making all of us American students tense we might choke up in the middle of our speech, and were thankful we had had time before with our hosts to practice and ask for some help. Fortunately we all did well, and having tea breaks during a couple introductions also helped, which is a big part of the Russian culture as we have been noticing. It was very nice to hear the history of the camp and also get acquainted with more Russian students who were graduates of the program and had also traveled to the U.S.. Little did I know about the beginning of the camp myself and meeting people that had made the camp possible from the beginning was very interesting.
And so our adventure in Petrozavodsk continues. I do think host families have a lot to do with the program itself, and for me it has been such a pleasant transition. Waiting for the banquet to begin some of the Russian students took me to a nearby café. I felt aroused being surrounded by so many of them and only one of me, but I took the opportunity to begin expanding my knowledge on the Russian language and culture, and I bet they also learned a lot from myself after so many questions I was crammed with. I was already making so many memories on our first day in Petrozavodsk, no need to feel exhausted just yet ;)