Human beings are constantly attempting to find new and innovative ways to get from one place to another. They have used horses, cars, planes, carriages, and bicycles both in the past and present. One mode of transportation certainly stands out as an experience all on its own; the train. We arrived at the train station after a long day of walking around the city of Saint Petersburg. We set down our luggage and then waited for our iron carriage to come riding into the station. The station was bustling with people, a large amount of which seemed military.
After climbing up several flights of stairs in a sort of tower made of glass, I was able to see the machine that would be taking us from one destination, full of experiences, to another. 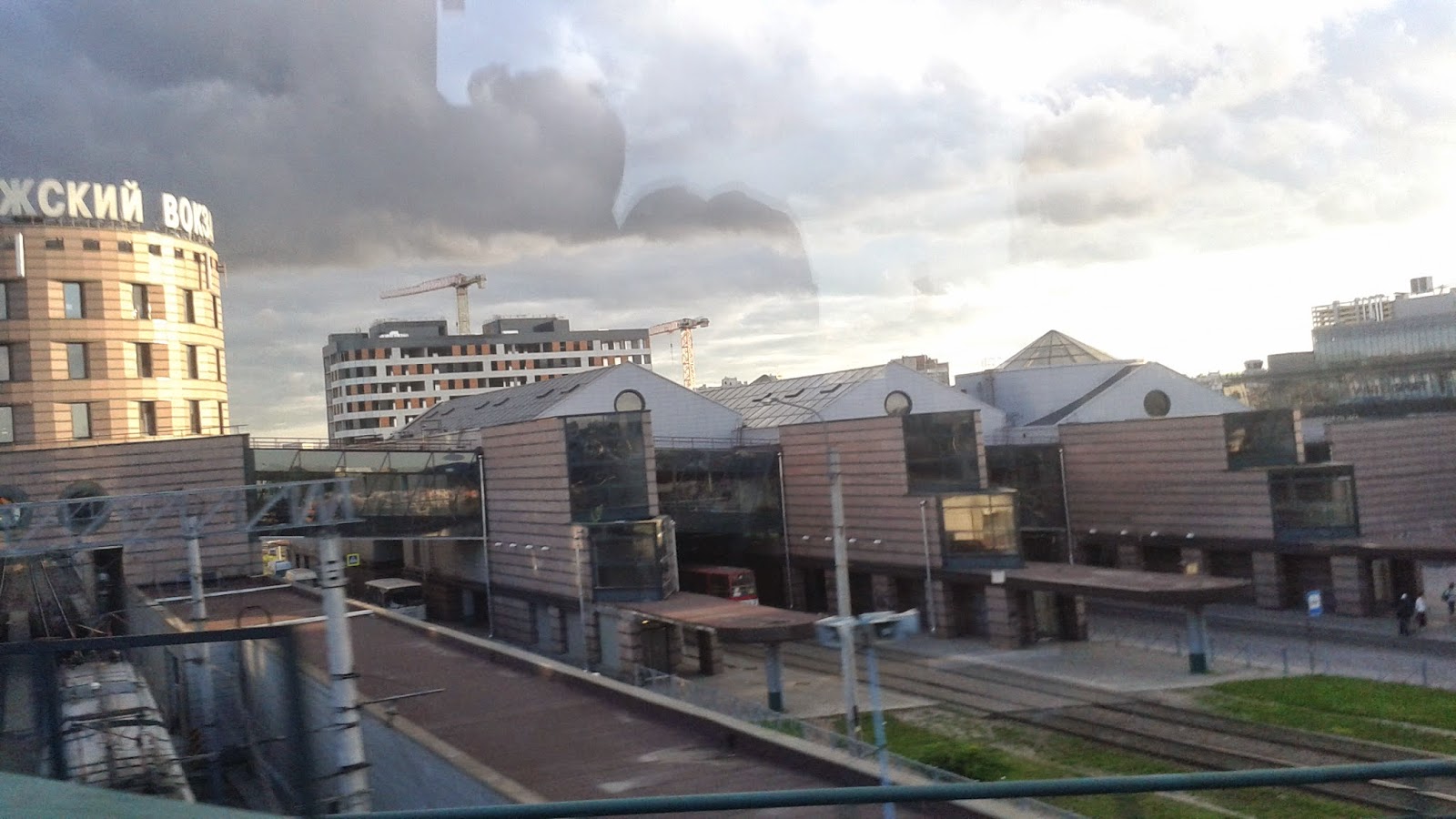 The sun was low in the sky and it softly illuminated the clouds while it rested on the striking silver train. It was evening, and it was time to go for a ride. The total train ride was eight hours long, but in the end it felt like much less. The scenery began to fly by in blurry swarms of green as we tried to settle into our space for the night. It was a sleeper train, so there weren’t really any seats; only beds. In each section there were four beds (two sets of bunk beds), plus one more on the other side of the walkway. The most difficult part with this arrangement was that there was absolutely no space for four people to stand up in the middle section and make their beds. One at a time, we unrolled our mattress, sheets, and blanket. Because I was on the top half of the bunk bed, I had to climb from bed to bed as well as awkwardly hold myself up by use of the bed opposite mine. It felt cramped, but that wasn’t too bad. It was almost cozy in a way, but it did not induce good conversation because there were not many places to sit. All you could do was lie down and go to sleep. So that is exactly what we did. The bathrooms were cramped and similar to what you would find in an airplane, but the train often moved so the bumps made getting ready interesting. 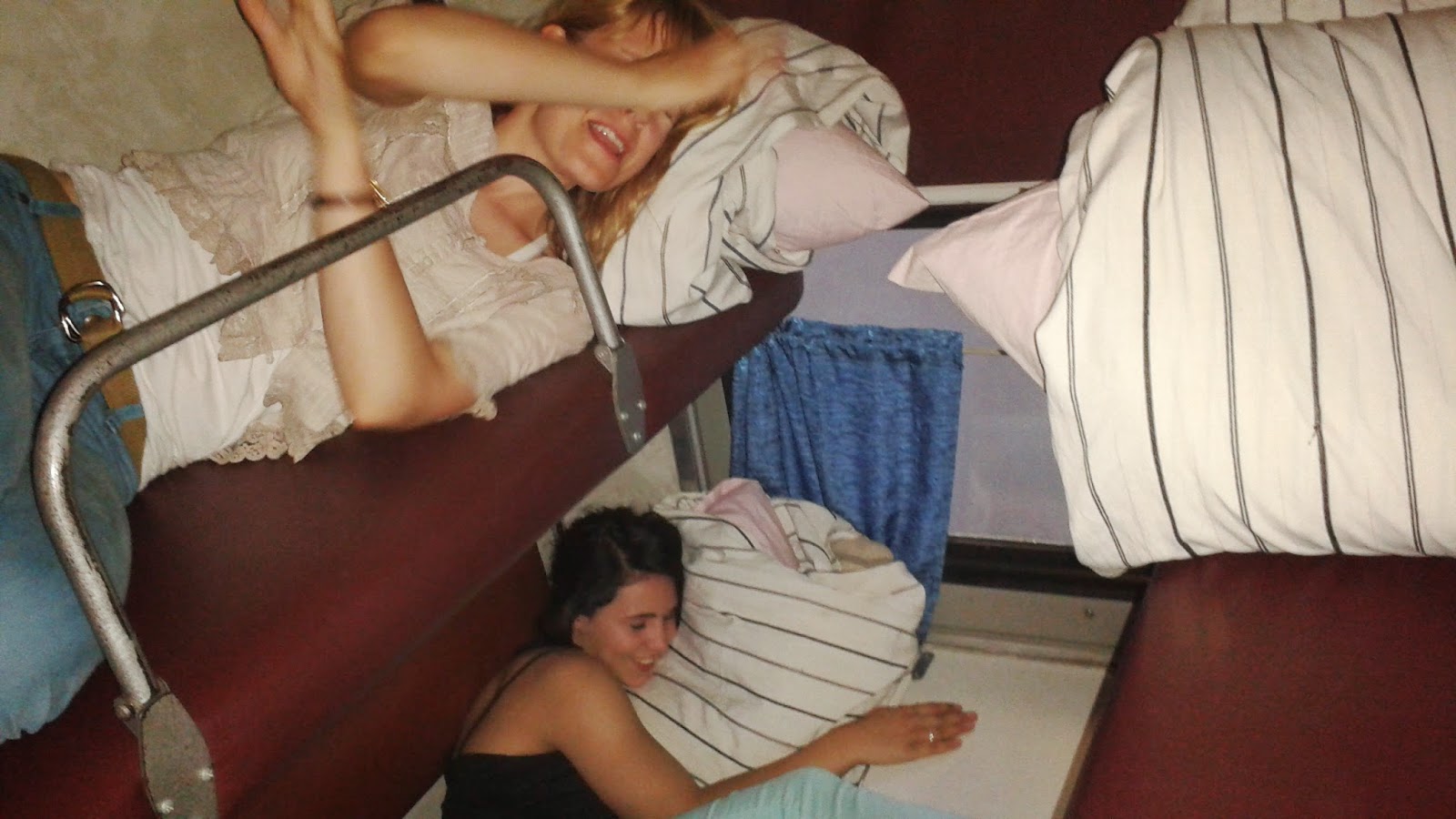 Sleep was somewhat difficult because the train often had to stop and start again. It really felt like we were on an adventure though and I couldn’t help but think of the scenes from White Christmas in which the men were forced to sit up in the train’s dining car all night because one had given their tickets for a sleeper car away to the lovely sisters. The morning quickly came and it was time to roll up all the sheets, blankets, and mattresses again as well as somewhat prepare for the day.

We were all feeling a bit anxious I think because we were a couple of hours away from meeting our host families. We all spent the morning working on our introduction speeches and trying to think of something interesting to say about ourselves. While doing that, a couple of people bought tea which came in a glass with the famous metal sheath and handle. Just another reminder we were in Russia. After that we stepped off and were swept away by Petrozavodsk.
Morgan Scoville
Posted by klr at 1:33 AM