Vozdukh, Воздух, Воздух; What can I say about Vozdukh?
It is an open air concert, held a short distance from the city of Petrozavodsk and in most respects resembles any other diverse rock concert. A variety of people from other places (Americans, Finns, Swedes, Germans, and more), diverse styles of bands, and of course lots of beer.
The differences, however, are striking. Security was much tighter and there was not only a quick check point and search, but also a large number of police around and about. Not security hired by the festival, but police, honest to God, armored, pistol-wielding, not-so-officer friendly cops. They also had a large gap between the stages (there were two) and the crowd. Again, policemen saunter about the gap, ready to intercept any stage-diving enthusiasts. The crowd was also surprisingly calm, mostly simply standing there, occasionally waving their hands or producing devil's horns here and there. As far as I could tell, only twice did a mosh pit form (for 16 Tonn and Slot) and both bands played great music for it (American and heavy Russian metal respectively). The enthusiasm from us few moshers couldn't have been higher, and we slammed about with great glee. I don't know how common they are, but in addition to ground cameras, several camera drones floated above the crowd, taking pictures and videos endlessly, only occasionally returning to refuel. 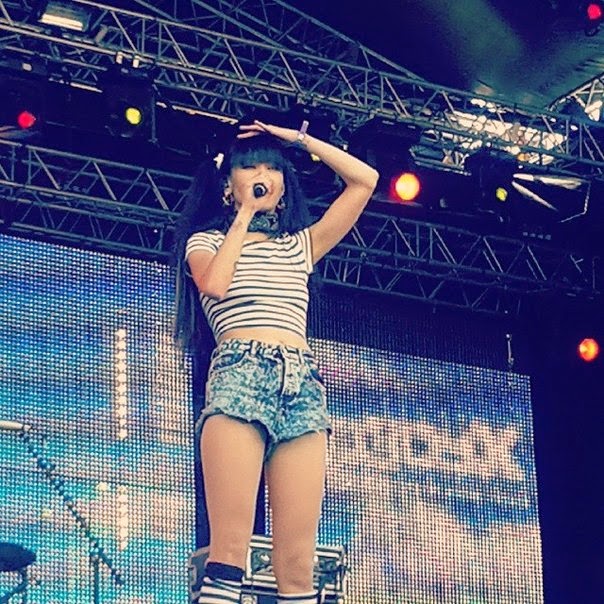 Just like any large festival, the crowd was diverse. Normal people make up the majority, with smaller sections of insanity present. Hippies seemed to be rare, but this isn't too surprising since the bands and festival didn't radiate a woodstock feel. Dedicated rock fans can be spotted easily by tattoos, shirtlessness, flag-wielding and denim jacets/vests with patches. (In Russia, the denim jacket /vest with patches signifies a rock fan, not a more heavy metal/death metal fan as it would in the States.) The weirdest thing was seeing the southern cross (confederate battle flag) flying and swooping around. The Russians must think it looks cool or simply associate it with southern rock, rather than the many negative connotations most Americans apply to it. Also present was a large number of black-wearing emo/goth/new punk style clothes and makeup because the Finnish band The Rasmus was playing. And finally the older, semi-retired rockers and concert goers appeared last and latest, in droves. Some were old men, properly and highly dressed, others were midde-aged and came to enjoy the band of their youth, DDT. These people differ from teh regular concert going only in age and duration of visit. 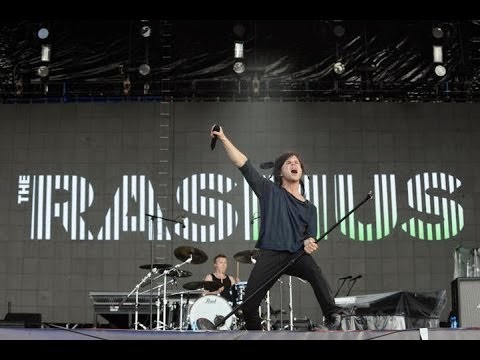 For the most part, the groups performing at Vozdukh were Russian and in Russian rock styles (minor keys, focus on Am as the main key). In addition to many rock groups performing Russian rock, there were several examples of folk rock, gypsy rock, and rock groups playing with brass sections, which reminded me of Chicago. And of course there was only one American cover band. The main bands, and the ones I'll be summarizing are as follows: 16 Tonn, Slot, The Rasmus, DDT.

16 Tonn is an American cover band which has amazing talent. They played ACDC, Aerosmith, Led Zeppelin and I think Pink Floyd. They are one of the only bands that have my approval to cover Led after listening to their cover of Immigrant Song.

Slot (Слот) is a heavy/hard rock band with some scremo infuence, they have 2 singers who often trade off parts. Slot "Battle" Fairly good, their music went between American and Russian keys. I was impressed with their drive, rhythms and crowd-pleasing. This was the only other group that had a mosh pit going constantly.

The Rasmus sounds like a emo\rock mixed with hard rock. The Rasmus "Sail Away" If I remember correctly, the themes of the songs were often sad, the bassist had an emo look and even said at one point that he was sad until he started performing and saw the crowd. I would say they are good musicians and performers, but I don't care for their music. This did not deter me from enjoying the atmosphere of the crowd and clapping when needed. The best part was when they played a popular Russian song, the entire crowd started clapping along, moving to the beat. Even those who disliked the Rasmus' music were suddenly swayed. Russian horde mentality is pretty powerful!

Since I left slightly early and the concert was running late, I missed a large chunk of DDT's performance. (They really need to extend the bus hours for special events). DDT, in addition to being a classic piece of Russian rock history, played on patriotic feelings by playing music to montages of WW2 footage extolling the heroic actions of Russian soldiers. (June 22 was the anniversary of Hitler's invasion of Russia in 1941) But it was quality music and didn't feel slow or old like some Russians said it was. It felt like 70's/80's rock. DDT "That is all I will leave behind"
by Neil McCafferty